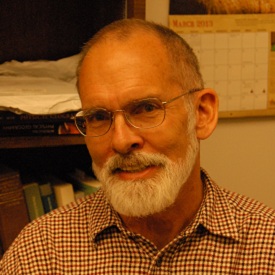 What was your project about?
My research project was about a national park in the mountains of the Haitian border; the park is in peril because of deforestation. The aim was addressing the interaction between Dominicans and Haitians, and understanding how the whole system works. I stayed in a representative village near the park to do the interviews with Dominican farmers and Haitians, in collaboration with the Haitian Immigration Center.

What was your contribution to the host country?
I was supposed to teach a course especially focused on deforestation in Dominican Republic. I would take my students out to the border, but the teaching component disappeared once I got there, as the host organization wanted me to collaborate with them in their project. Instead of teaching, I gave some public presentations at the same university where I was going to teach.  In that way, I tried to spread some value even though it is not the same thing if I had taught a course.

How did you establish relationship with the host organization?
In 1993, I spent a sabbatical semester in the Dominican Republic to do my research. They would not have sent me there just because I did a research there.  When I went to the Dominican Republic again to teach an IUPUI summer field course, I contacted this non-profit organization, which operates in the area of defense of Haitian immigrant rights. Thus, I was the one who solicited them first. I explained my idea, and later they made an application to the E.U. funding to conduct research assessing the environmental impact of surrounding populations in two parks—one of which was the park that I started working in. The Fulbright applicants need to submit three letters of recommendation besides the invitation letter of the host organization. I was able to get a reference letter from one of the best geographers in the Dominican Republic because I knew him from my experience in the country in 2003.

What were the benefits of the Fulbright project?

Professionally, it advanced my knowledge of interaction between Haitians and Dominicans, and how those affect the nature on the border. I find this extremely interesting and not so many people work there. I was particularly attracted by the Haitian element. The village I worked in is an agricultural village.  I interviewed farmers from both sides to understand how the system of agriculture works, and why they get into the park. I have been studying Creole since 1997; this was an opportunity for me to speak it. I gave most of my interviews in Creole, which facilitated the interviews.

What kind of challenges did you confront?
People that I worked with were highly professional and qualified. This is a great program and faculty members should benefit from it. The hard part is leaving home. My wife came along with me and stayed in a village. She was teaching Haitian kids how to read and write in Spanish. Unfortunately she had bad food and water and there was no regular doctor. The field work was tough and there was a lot of walking. I worked in places with worse conditions and had previous experience in that territory. Therefore, I was not surprised about what I found there. I had to spend more time in the city than I had planned, because of external conditions. Nevertheless, I used the time productively, going through archives, talking to people, and exploring the history of migration.

What would you recommend to the Fulbright applicants?
Last fall, I served at the selection panel of Fulbright applications. This was an enlightening experience to understand how the proposals are evaluated. The panel included only proposals for the Caribbean and Central America. I was invited to do the first screening because of my previous experience in those places. The panel was especially asked to comment on whether the person’s application was feasible, and if they were likely to have success—considering that we knew the context into which they would be stepping. Some of the applicants had a good knowledge of French or had started learning Creole. The others had already been to Haiti with a non-profit organization, and wanted to go back to continue their research. There was a delicate balance. On the one hand the applicants are expected to have some level of awareness on the context. On the other hand, if they have been there before many times, they may not be awarded the scholarship. The Fulbright program gives people chances to go to the places they would otherwise be unable to go. In any case, the applicants must have established contacts with the host organization, which will welcome them and make sure that they have a place to work and a course to teach. It is not required, but it is good to show that you have been in contact with these people. There must be Fulbright spirit in the proposal. You should have an idea of where you could contribute, give talks, and present. The teaching component is an important one, in that respect.