In June 2018, Ian McIntosh was given a lifetime achievement award by the Institute for Religious Tourism and Pilgrimage at a ceremony at the University of Santiago de Compostela in Spain. McIntosh is the founder of the Sacred Journeys project and has held conferences and workshops on this and related themes in Oxford, Prague, New Delhi, Beijing, Berlin and Addis Ababa. In 2017, he narrated and helped to write the award-winning documentary Waves of Fortune: Exploring China’s Maritime Silk Road, which won the Lower Great Lakes Emmy for best cultural and historical feature for WFYI. Recent books include Pilgrimage in Practice, The Many Voices of Pilgrimage and Reconciliation, and Between Two Worlds: Essays in honor of the visionary Aboriginal elder David Burrumarra. 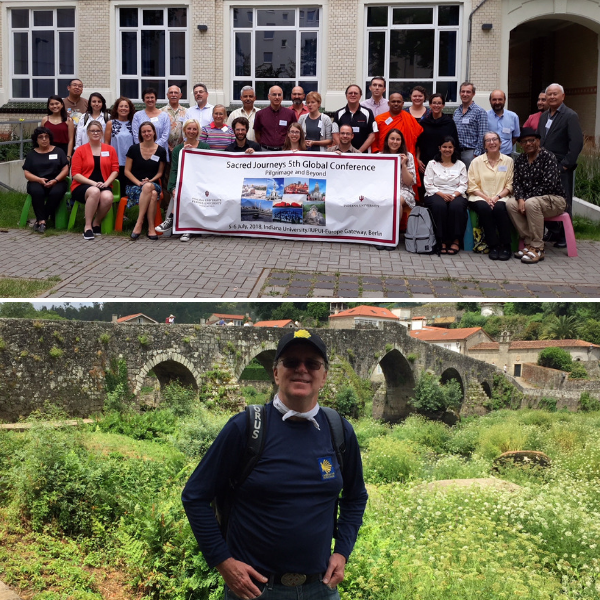 The lifetime achievement award follows earlier recognition with an Energy Global Award presented at the European Parliament in Brussels for a reforestation project for his team at the Armenia Tree Project, and a US Congressional Achievement Award from Rep. Elijah Cummings for his human rights work among the Australian Aborigines.