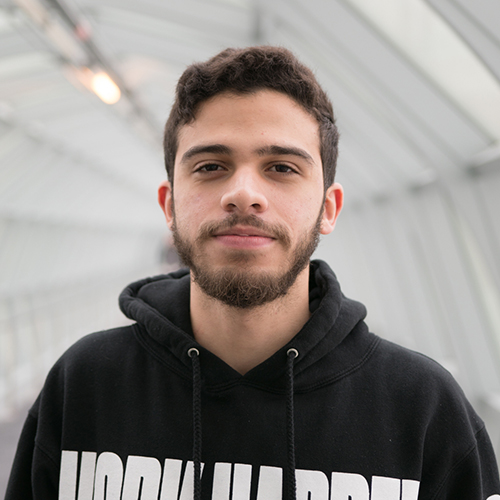 Why did you decide to study at IUPUI?
IUPUI provided the Purdue Engineering degree I was looking for and was one of the few universities that provided scholarships for international students.

How did you choose your major?
I started off as a Mechanical Engineer but then changed to Computer Engineering. One thing I like about the American Education System is its flexibility. I was able to change my major the second that I decided to. I chose computer engineering because it allowed me to study both the hardware and the software sides of computers.

How do you get involved on campus?
I am part of the the Egyptian Student Association on campus. I started off as treasurer, and then became vice president. We like to organize events that promote our culture so that we can share it with everyone else. I also like to play soccer on campus and take part in the intramural soccer tournament every year.

How do you like Indianapolis?
Indianapolis is very different from where I come from. It is quieter and more relaxed. But there are also areas where you can experience the hustle and bustle of a big city. I like this mix because depending on my mood, I can find something that I want to do.
Americans, generally and people from Indiana, specifically tend to be really nice. They smile at you while walking in the street, they greet you in the morning and they hold the door for you when you’re entering a building.